Much like previous articles on this site up to this point, Autism Spectrum Disorder (ASD) is included within the neurodevelopmental and neurocognitive section of the DSM-5.  Impairments in personal, social, academic, or occupational functioning may occur due to ASD.  These include limitations in learning &/or executive functioning.

I am not an ASD specialist.  The information herein is basic information pulled from the DSM-5 or autism networks and specialist resources, including experts in the field via the IRIS Center (see link below).  Given current data indicating that 1% of the international population meet the criteria for ASD, and males being four times more likely than females to be diagnosed with ASD, one realizes how pervasive ASD truly is today. For instance, consider the population of the US, which is currently right around 3.3 billion people.  That means 3.3 million people in the US contend with issues along this spectrum.  Onset occurs or gains prominence during developmental stages – often “before grade school.”

Chances are good anyone reading this article has met or knows someone with autism.

The DSM-5, published in the year 2013, changed how professionals diagnose autism. “Its predecessor, the DSM-IV-TR, included five Pervasive Developmental Disorders (PDDs): Autistic Disorder, Asperger’s Disorder, Rett’s Disorder, Childhood Disintegrative Disorder, and Pervasive Developmental Disorder Not Otherwise Specified (PDD-NOS)” (Autism Society, 2016).  While the ‘spectrum’ attempts to simplify matters, those with a disorder or syndrome incorporated into it have reason to doubt or deny its merits.  While research indicates that children of any of the five disorders listed have better access to services and care as a result of the change, adults with ASD have continued to be inadequately supported, treated, let alone diagnosed (Spectrum News, 2018).

During my tenure at a federally funded project out of Vanderbilt University and Claremont Graduate University, my takeaway on ASD was a simple one:  It looks as varied as the people who are said to have the condition. See this link for more information, as the video seems to help clarify this point for undergraduate students in my classrooms: 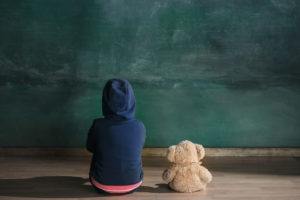 The diagnostic features of ASD are “persistent impairment in reciprocal social communication and social interaction (Criterion A), and restricted, repetitive patterns of behavior, interests, or activities (Criterion B).  These symptoms are present from early childhood and limit or impair everyday functioning (Criterion C and D).” While evidence of criteria may be present during childhood developmental stages, a manifestation of various traits with differing severities over chronological time does mean this disorder is on a spectrum (DSM-5, p. 53).

Adult clients I see in private practice with multiple traits, including diagnostic features that meet the full criterion for a disorder on this spectrum, may have been diagnosed with ADHD or even a mood disorder when younger, but autism was never a consideration. While some challenges faced by these individuals were abated by the proper medication prescribed by their doctor – often prescribed in adulthood – our work has been known to clarify where some of their symptoms align with ASD and not ADHD or otherwise.  These include but are not limited to wrist biting, extensive pacing, emotional meltdowns, sensory sensitivities (including issues with various textures), fear of crowds, rigid sameness with regard to routines and dining habits, as well as ambivalence toward most friendships and relationships (often despite a desire for friendships or significant others in their lives, but a sheer terror experienced when attempting to interact).

This does not mean that someone with ADHD with a fear of crowds or sensitivity to external stimuli requires an assessment for autism spectrum disorder.  Far from it.  The next article will drill down into the details of the various criterion to clarify this point.  And, the upcoming article on ADHD will surely clarify where symptoms within either disorder overlap yet ultimately differentiate.